cloud songs
Posted on November 27, 2015 by j.g.lewisLeave a comment 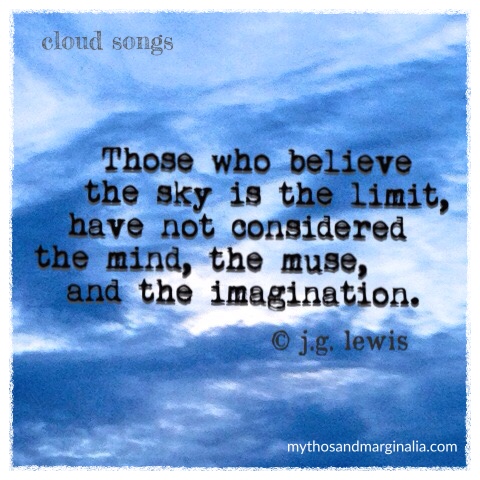 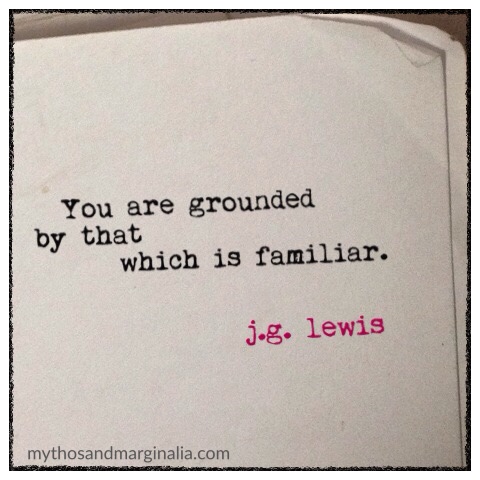 Spinning The Magic
Posted on November 25, 2015 by j.g.lewisLeave a comment

It’s all about the music.

No, it’s more than that; it’s all about the magic.

Delicately you pull the glistening black disc from the inner sleeve. You’re more careful at this moment than you will ever be, for this object has rarely touched human hands and you will only use your fingertips. This record, pure virgin vinyl, is about to feel the needle scraping the life from its grooves. It’s not painful, far from it.

Once placed on the turntable, you gently and precisely lift the tone arm where it belongs, press the button, and watch as the cartridge is slowly descends on its target. Your anticipation is heightened as you hear the initial rumble of the needle in the bare-naked groove, a prelude to what is about to happen next.

Then it does, and touch or sight doesn’t matter. It’s all about the ears as music, joyful music, wafts from the speakers.

It’s what a turntable does — beyond it’s function of transporting recorded sound to reality — that makes the magic happen, and it was designed that way.

In the late 1800s, Thomas Edison developed the original concept of etching sound into a wax cylinder for playback. The original prototypes functioned without electricity and demanded listening exceptionally close to the cone, but over the decades the technology advanced. Size, style and weight of the format varied through the years, yet the premise and the process has changed little. The object, the goal, and the purpose of a turntable is to spin magic.

Just ask somebody how they felt when they first played a Beatles record, or placed Dark Side of the Moon on their family hi-fi for the first time.

I grew up in a home where music was encouraged, listened to, and enjoyed. My Mom was a fan of big band, the music of her youth, and of crooners and the popular stuff of the day. She bought me LPs as a youngster, and treated my siblings and I with albums by The Monkees, and Herman’s Hermits. It began a lifetime love of music.

As I grew up (and I still am) and started accumulating spending money, I begin to buy into real rock and roll; my taste, generally, shaped by the radio or recommendations of others.

Listening to music, making use of the turntable, was a part of homework, reading, or just hanging out with friends. Life revolved around the turntable. Certain songs are associated with definitive moments in my life; it is the nature of music, as we pick and chose our own soundtrack. I have albums that directly correlate to years, moments, and periods of my life. Nothing can bring back a memory like a certain song. Nothing. I own thousands of records, and more memories than that.

I’m not going to write about the cause and effect of music on the mindset, a topic covered more eloquently by others (I will even suggest reading David Byrne’s How Music Works as the definitive book on music appreciation and absorption), but I will propose that the turntable provides the most concentrated method of fully consuming recorded music. Even in the digital age.

Like millions of music lovers, I was attracted to the introduction of the compact disc in the 80s. Like crows drawn to shiny objects, I gave in to the latest technology. There had been whispers about the format for years, and when it hit the marketplace we, after prices of the players dropped to affordable levels, bought into the promise of unparalleled sound quality.

Extended playtime was the biggest benefit of the CD, there was no need to get up and flip sides at the halfway point, and there was generally more music in the relatively small package.

The turntable fell out of favour, and we (as a society of consumers) stopped buying LP records and began replacing much-loved albums in the latest format, along with the new offerings by the latest artists. As we bought up the rather expensive discs, the audio equipment became more affordable, portable, and more and more people bought into the format. Year over year, sales of vinyl dropped, and quickly. Like the 8-traack tape, records were expected to fall off the map.

Even serious collectors of music (and yes, I am one) could not help but love the portability as the CD fit into blasters, compact personal players, and even the automobile. I never stopped listening to my old records, but more and more began to appreciate the ease of popping a CD into the player.

There were downfalls to the new format however, and it had more to do with packaging than product. The covers of the discs were no longer 12-inch square samples of some of the most advanced pop art and photography on the planet. Liner notes became things of the past. Yes, some discs included booklets with lyrics printed in a type size usually reserved for fine print on legal contracts or ingredient lists on processed food, and some discs even included stickers, but nothing like the posters and stickers provided in the aforementioned Dark Side of the Moon.

A large part of the value of a vinyl record was the sleeve. I could, and did, literally, sit for hours reading about who played what instrument, ponder the poetic lyrics, or just stared at glorious photographs while sitting and listening to the latest album by a favorite artist.

To listen, to truly experience music on a turntable, requires you be in one specific place. Enjoyment is found in being stationary. There is not, nor has there ever been, portability when it comes to a turntable; not like a cassette, or 8-track, CD, MP3, or any other type of digital download. Even the portable record players of the ‘60s and ‘70s — the carry-on sized units with Lucite handles and tweed speaker covers — were not really portable (in the sense we now know) and required a definite stillness.

When you sit, when you are still, there is a more focused attempt at listening. It was not passive listening, as we have come to do as we drive, as we multi-task, and make our way to work, or sunburn at the beach.

The stillness required of a turntable provided time to relax and just breathe in the music. It’s important to find the time to sit and relax, and ultimately, the turntable did that.

Now, I’m not dissing digital, not completely. My MacBook is stuffed with music that discs and downloads have allowed me to take anywhere.

And, as far as sound goes, I still prefer listening to classical, or jazz, on the CD format. I think, especially with the more gentle passages, you are given a superior listening experience. But when it comes to rock and roll, nothing (I repeat; nothing) sounds better than vinyl (except, maybe, live).

Rock and roll has always been a little bit dirty, a little scuffed up, maybe a little distorted, and a heck of a lot wilder. Somehow the scratches, the snap, crackle, and pop of a vinyl record (especially at higher volume) adds to the total experience.

It’s rough and real, and it rocks.

I write this as I listen to Patty Smith’s Easter, a previously-loved album I picked up a few weekends ago for $10 at one of this city’s great independent record stores. I paid a few dollars less for the record when it was new in 1978, but what’s a few bucks when magic is involved?

“You can’t touch music — it exists only at the moment it is apprehended — and yet it can profoundly alter how we view the world and our place in it. Music can get us through difficult patches in our lives by changing not only how we feel about ourselves, but also how we feel about everything outside ourselves. It’s powerful stuff.”
– David Byrne