November Rain
Posted on November 3, 2016 by j.g.lewisLeave a comment 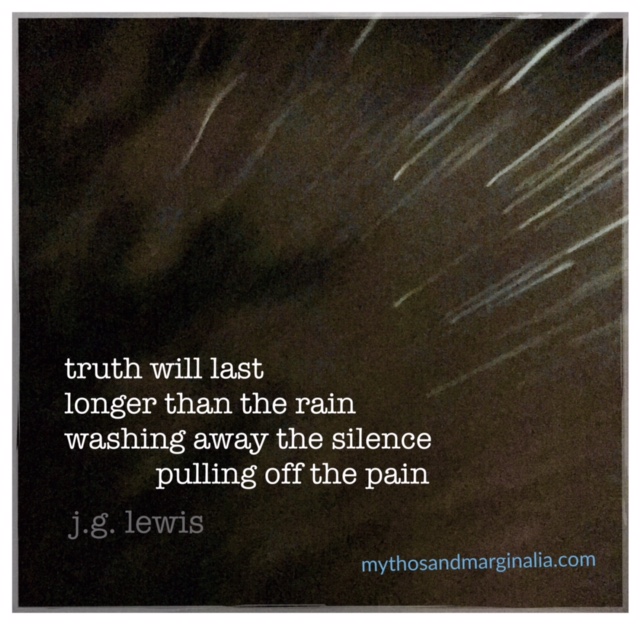 wet pavement
and leaves
incense for a time
the scent reaching for
reminders
when and how
november rain
washing away the silence
striking down fear
we sit
saying nothing
feeling
all has been forgotten
all we know is real
you want to believe
despite
what you tell yourself
confusing confusion with
wanderlust
and bewilderment
truth will last
longer than the rain
washing away the silence
pulling off the pain
j.g.l. 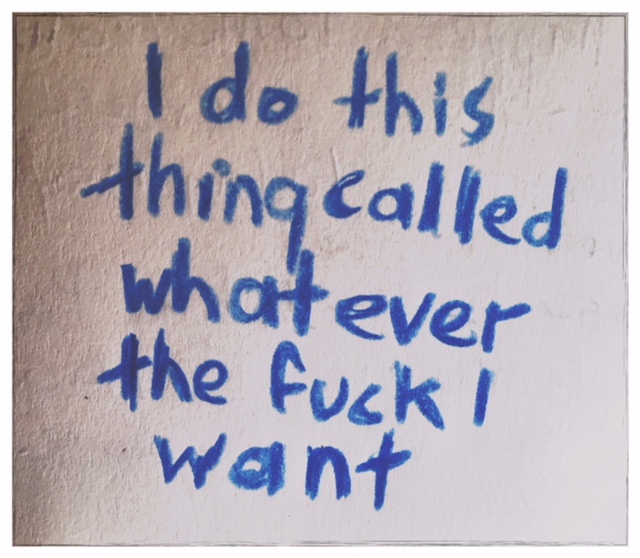 I’ve been called stubborn, and principled (and words even nastier). I tend to take a stand, but still respect those who may not see the world, or an issue, as I do. I can be convinced otherwise, or persuaded, but when it comes right down to it I end up doing what I believe is right, or proper, or necessary.

I do this thing called whatever the fuck I want.

Certainly it has taken time, and a great deal of trial and error, but I think I’m at the point in my life where I’ve become comfortable with what I say and do (within reason). Some may call it selfish, but I say it’s honest because I am aware of the consequences of my actions.

If I get involved with a charity or take on a cause, if I am committed to a project, principle, or person, it’s because that’s what I want. The reasons may vary, but not my intent. I’m all in or not at all. Why get involved if you are not interested?

It comes with knowing, and learning, what you are capable of, what you can withstand, and what will allow you to live a life with integrity, and distinction, and purpose. You have to trust your gut, but it also takes thought. I do a lot of thinking.

When making a decision, I am considerate and careful when it comes to the feelings of others, and I do step back or step away if a situation becomes too complicated, one-sided, or boring.

Driven by my intentions, I prefer calm and collected instinct instead of walking through an emotional battlefield; I’ve been there before and still have the scars to prove it. Guided by true emotion, I try not to shy away from tough decisions where the results could be frightening. Fear and panic never were the most helpful emotions, so every attempt is made to step past those stumbling blocks, if it is something that I really want.

And it’s not that I am ignorant, or unmoved, by the advice of others. Many times somebody’s theory or knowledge will impact my decision. I can be influenced and often take another point of view under advisement. Consideration is the fulcrum providing balance to my actions but, ultimately, it is not somebody else’s decision that I am following, but my own.

Wrong advice: I’ve gone along with ideas that weren’t entirely sound, and I suppose I’ve followed as much as I’ve led. I’ve dealt, or am dealing, with those things. Poor choices; of course we make them. Bad decisions just happen, though they weren’t meant to be at the start.

The wrong road is not often identified, and you usually fail to see the caution signs when you are determinedly looking ahead.

Maybe that is why I have resolved to follow my own path, for that way there is no one to blame for what happens, or does not happen. If it is a mistake, it is my mistake. Perhaps it seems careless, but I believe it’s being responsibly irresponsible. I can live with that (I have to) and at the core it was something I wanted to do at the time. I own my mistakes. You don’t learn if you don’t make mistakes and I always make new ones. I can be convinced, sometimes too easily, of trying something or changing up my ways, but in doing so I am doing what I want to do at that time or in that head space. It seems to work. 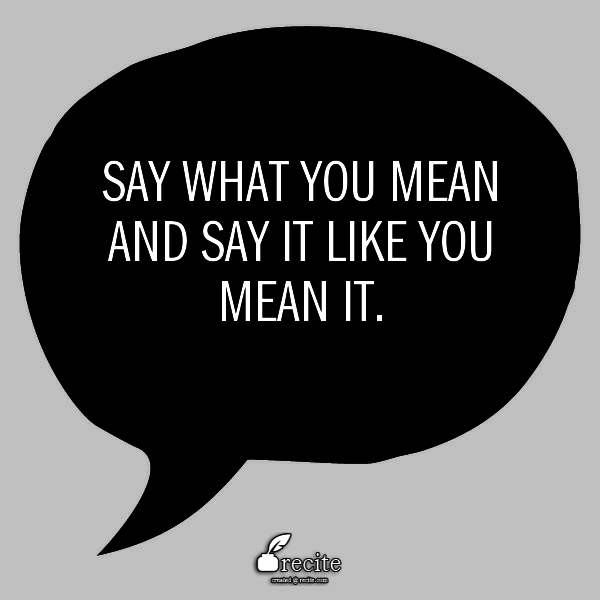 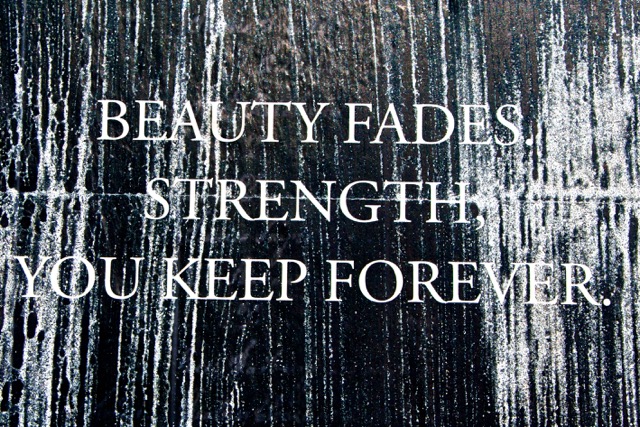 There is beauty in strength
and
strength in beauty.
It depends on how
you look at it.
Perception.
Deception.