Changes With The Change 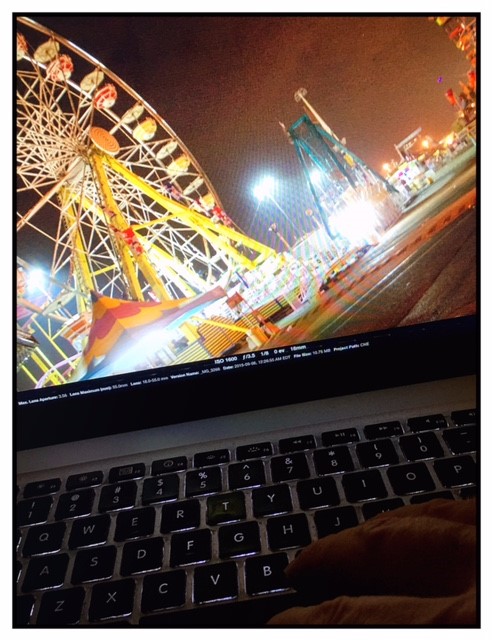 It still looks good, shines brightly, and responds intuitively to my touch. It is, at times, slow, but that’s to be expected with age.

Unfortunately, technology moves much too fast in this digital age and I’m being forced to replace the sexy laptop that has served me so well for almost eight years.

A 17” Apple MacBook Pro, with everything you could squeeze into it at the time; the fastest processor and the most memory. I bought quality that would last, and it has.

Even though it has been primarily used for writing (its intended purpose) I’ve filled it up with years and years of photographs and treasured music. It has become the home base for my website, and I find it hard to comprehend how many hours I’ve faced this screen.

Not once has it been in for repair, and the computer still has power in its original battery (though remains plugged in most of the time). A battery shouldn’t be expected to last forever, and I’m learning a computer shouldn’t either.

I’ve tried to keep up with the frequency of updates, changes in operating systems, and have added a few things, chosen an additional browser, and have learned workarounds with programs that can no longer be updated. Hell, I’m still working with Aperture, the photo software that Apple decided to not only stop marketing, but stopped providing support.

It is a problem, and it’s not only with Apple. Obsolescence is standard on every computer, laptop, or tablet manufactured. Four to six years is the expected lifespan.

Yes, the mercurial pace of technology has forced so much change. Much of the change is not because end users are demanding it; most of the change is simply because the computer companies are throwing it out there to prove they are can be more innovative than the others.

Innovation comes with a price, and a cost.

Each time a new feature, or model, is introduced, it forces the consumer to (eventually) stop using something that is still productive. For instance, the latest generation of Macs now use USB-C ports. What this means is that everything you plug into the new computer will have to fit into the smaller orifice. It also means that everything you presently own that operates with a USB (and this means anything from a thumb drive to a camera connector or iPhone cord) will not work with the new port.

What they are doing is guaranteeing you will replace the unit after a certain amount of time: even if it is still working fine. You will also have to replace other components because of changes with the change.

There is no trade-in value to this old Mac. I will still continue to use it for photography, until I can find photo software that will allow the creativity and consistency that Aperture does (or did).

And I will adjust to the new model. I mean, who doesn’t want something new, right? Right? But this time around I won’t buy the biggest screen, and I probably won’t upgrade the memory or maybe not even opt for the fastest processor. Whatever I buy is certain to be faster that what I have now.

I probably bought more than I needed eight years ago, so this time around I guess I’m not looking to get the most out of the machine. Or I’m not going to buy into the perception that size and speed means quality.

One reply on “Changes With The Change”

My computer is a Dell…..old and slow but I would not be able to replace it soon slow we go!