Faith Without Discretion
Posted on November 8, 2017 by j.g.lewisLeave a comment 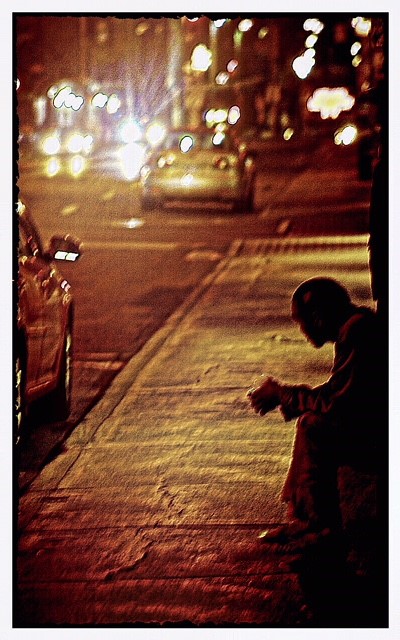 Take these humble hearts,
those who trust, perchance, too much,
the ones who now shelter themselves
from the agony which lingers
from trying; from hoping; from
believing there could be more.


Heathens, yes, for lack of a more apt word
but neither an infidel, nor a fool.
Where trust is too much, there is faith
without discretion. There remains a
longing few can see, or realize,
for they need to believe.


See these unwilling victims
not for what they have not been, but for
each tiny gesture, shameless notion, and
act of empathy, however inferred.
Allow them to create, leave them
to their ways. Let them be.

Teach them, these broken souls,
not to look for the lesson, but to accept
the graceless guidance oft shone into
clotted shadows. Knowingly they will
expand and contract in self-preservation,
self-examination, and sorrow.

It is there, in seclusion, where errors in
understanding take on perspective. There,
those humble hearts, may come back
to being. Each carries a pulse. They bleed
silently and remorsefully. They have loved
you before, and may again.

Questionably The Best
Posted on November 1, 2017 by j.g.lewisLeave a comment 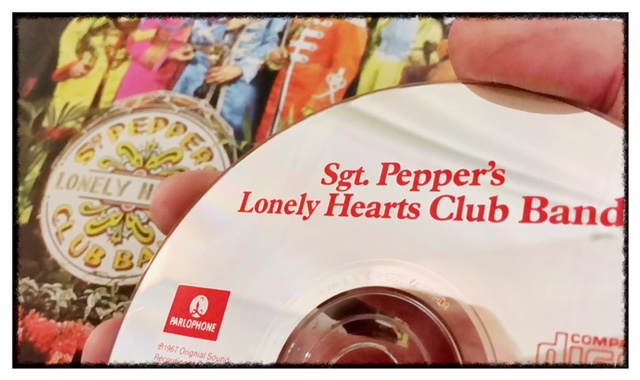 When it published The 500 Greatest Albums Of All Time in 2005, Rolling Stone magazine proclaimed Sgt. Pepper’s Lonely Hearts Club Band the absolute best. The 1967 album by The Beatles always had a wonderful reputation, but this was a pretty big thing.

Of course I bought the book, read it thoroughly, and re-discovered many of my all-time-favourites included in the list. I’ve gone back and read the thick volume, many times, and always there has been this persistent question: why is this album considered so good?

Further: why did I not own it?

I’ve owned thousands of albums over the years, and I’ve heard more than that. I’ve never questioned Rolling Stone album reviews in the decades I’ve listened to, and absorbed, rock and roll. Many times I’ve purchased LPs because the magazine, (music’s Bible, as far as I’m concerned) has piqued my curiosity. Rarely has the magazine steered me wrong.

I like all genres of music and, as I grew older, was never afraid of embracing new styles, new directions, and new artists. So why, in the 50 years Sgt. Pepper’s has been in the cultural marketplace, have I never purchased this album?

I’ll make mention that I’ve never really been a Beatles fan. Yes, of course, there are a few of the band’s tunes that have fallen into my personal top 500 (Hey Jude and Helter Skelter immediately come to mind) but, overall, the Fab Four have never fared well for me.

You see, my Mom had a few Beatles albums. I specifically recall the red and blue albums with her signature on the front of the cover, as if she was staking claim on the band, or the album, as her personal property. I guess I was alright with that as, realistically, the Beatles were before my time. When Sgt. Pepper’s was released, Tubby The Tuba was probably my favorite album at the time, or any of my brother’s Herman’s Hermits or Monkees discs. Or I was content with the radio.

I didn’t really get seduced by any of the Beatles post-break-up solo work until Paul McCartney’s Uncle Albert/Admiral Halsey started playing on AM radio. Admittedly, I became more of a Paul McCartney and Wings fan. I even enjoyed Ringo’s albums and George Harrison, to an extent, but never paid much attention to John Lennon’s work.

I began wondering more about Sgt. Pepper’s this past summer as word of the album’s 50th anniversary (and the upcoming digital remastering) crept into every newsfeed on the planet. I guess I honestly had to see for myself what the fuss was all about, so I bought a used copy of the CD (what’s another six bucks on another album?).

Sgt. Pepper’s became my road music throughout the summer. I’ve listened to the disc, many times, front to back during long commutes or leisurely drives to somewhere or another. Then I forgot about it for a while, but popped it into the player on the drive home last weekend.

It’s hard to get your head around an album that carries such fanfare. It’s difficult to listen to it, out of context, and appreciate its mind-blowing sense of sonic reality. I can only imagine how amazing it would have been for a Beatles fan to place the fresh vinyl on a turntable for the very first time.

I can even imagine how it might have seemed better had I experienced the music in my teenage years and listened to it before I had listened to thousands, and thousands, of other albums. For its time, the production, the arrangements and experimentation, would have been amazing. Then.

It has taken time, but the album has grown on me.

It is so obvious how long-time producer George Martin was, essentially, the fifth member of the group. Martin’s influence – not just strings, but full orchestration – is astounding. This album, with its studio tricks, techniques and technology – and this is total hindsight – has influenced engineers and producers in the five decades since.

You cannot consider albums like Supertramps’s Crime of the Century, 10 cc’s The Original Soundtrack, Fleetwood Mac’s Tusk, Pink Floyd’s Dark Side of the Moon without giving a nod to the magic of this album.

There, right there, is the reason why the album is questionably the best: it inspired. Sgt. Pepper’s showed musicians, and producers, that limits and boundaries could go further than ever imagined. This was when the possibilities of multi-track recording showed potential.

I finally got it.

This, if for only this reason, is why Sgt. Pepper’s is so amazing, and may well be the greatest album of all time.

I’m not going to bother really commenting on the album’s tracks in terms of strength. I will say that the instrumentation and orchestration made some of the weaker tunes sound stronger than they were, but you cannot discount the imploringly endearing She’s Leaving Home, or the stunning Day In The Life (truly one of the greats).

As I listen to the disc, and have over and over, I can easily see how people older than I would be (and probably still are) in awe of the disc. I can see how this was a major step forward for rock and roll music, from a solid pop band at the top of its game. I totally get the production value and the album’s place in history.

I can even say I have a greater appreciation for The Beatles.

This disc has grown on me in ways I never imagined. I can say it’s good, I will even say it is great, but I still can’t say it is the greatest album ever.

The album was before my time, but it has improved every album since.