You Taught Me To Look 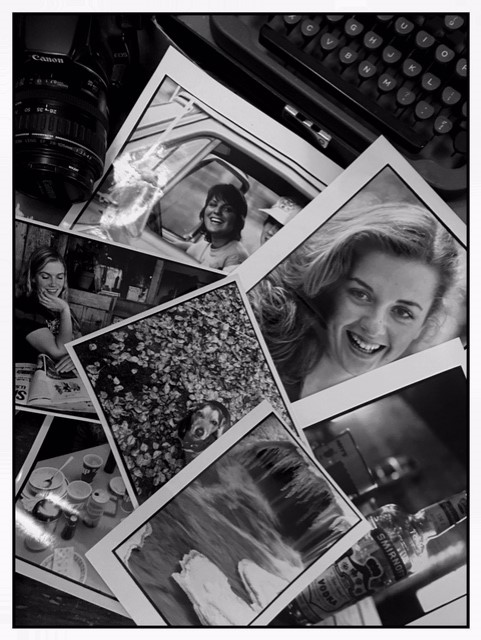 Where are you now Mr. J?

Far too long since we last spoke, decades really, and even then it was only in passing. Before that there were issues, disagreements and criticism; perhaps even disrespect from both sides.

Years earlier, I was a teenager lost in the reality of high school, frustrated by the pointless task of education, and surviving only on the social side of life within the institution. I was just another student who floated through the classrooms.

You were, even then, frustrated by the task of educating young minds who either knew it all or didn’t care. Still you tried to connect. You tried to make a difference.

And you did. I know that. I know that because you made a major difference in my life, and I’m not sure I ever properly thanked you.

I remember when we processed the first roll of film in Grade 10 photography. At that time there were a group of us sharing a camera, going through the motions, and trying to have something to prove with our first assignment. We processed the black and white prints and handed them in at the end of the week.

Om Monday, my first project came back with the comment “I sense you’ve done this before.”

I had. I’d been pissing around with my Dad’s camera for years, but then it was only a tool I’d use to get backstage at local concerts, or as an excuse to hang out with the older, smarter girls on the yearbook committee.

I didn’t see photography could be anything more than a hobby until you told me I had potential. Those were, then, inspiring words to a kid who was struggling to find anything interesting about school.

Your classes acknowledged a curiosity I’d been harbouring for some time. Photography. I was too naïve to call it art; it was only fun. That’s all it needed to be.

You showed me; no, you taught me it could be more.

Yes, I was skeptical, at first, but you had this way. You showed me that way. A good teacher doesn’t just teach, a good teacher has that reach. You set an example. You told me a camera could change my life.

Three years, right through high school, you challenged my potential. You made me work harder than the rest, you allowed me to experiment, you let me try. Those were the days when using a camera was only a third of the equation. There was the science (the magic) of the darkroom, and the science of capturing light. A photograph is a combination of composition, time, and light, all captured within a fraction of a second.

These were the days when we used real film, and when you had to think about things like exposure and focal length and shutter speed. There were no automatic settings on the cameras we used, but that was not a limitation. It was a chance to learn how things really worked.

You didn’t teach me to take pictures, you taught me how to make a photograph from the raw film. You taught me to not just look through a view finder, but to accept the lens as an extension of my self, and not to look at life as a potential photograph

You taught me to look, to wait, and to see. My perception of the world changed, even when the camera wasn’t strapped around my neck.

Life matters more than the split second you capture on film.

We became close. We didn’t use the word ‘mentor’, and we grew to become friends. But you were always the teacher. You inspired me; you gave me the confidence to apply for that first studio job in the summer. You gave me confidence — both personally and in my skills — to apply for my first newspaper job.

And you helped set the stage for my future journalism career because you showed me how to stay interested in the events and issues that make up the world. You showed me how a community worked, and how connect with the subject.

I’m not sure anybody else has ever inspired me like that, and I don’t think I’ve ever said that to your face.

I’m sorry we have lost touch.

I still look back on the people and places I photographed, decades ago. I have no photograph of you, but I see you there. I still hear you whispering those little tips you don’t learn in a book, even now.

A few years ago, in my new city, I spent the summer reacquainting myself with a new camera in a new format. It had been a few years since I had picked up camera, which is odd because for the longest time it was always with me.

A lot of my satisfaction comes from the experiences, the places, and the people the camera allowed me to capture. But some of it is you, and your presence in my life.