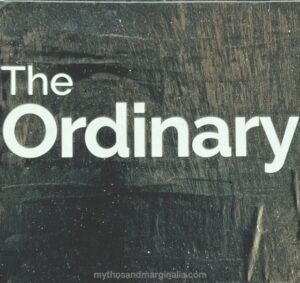 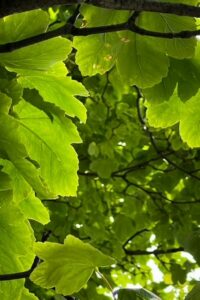 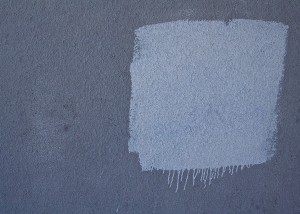 I struggled with it. Yesterday, when the flow was right and each letter appeared to be falling into the correct order, and as each word seemed to propel me along, I stopped.

A stop, a full stop; a debilitating stop.

One word
.
One word was all that was stopping me from continuing with a deeply personal poem I’d been working on. It was a one-syllable word at that.

I didn’t want to use it.

I searched for alternatives, but nothing else worked. Not one other word, or a series thereof, could substitute for the word I had used. No other word could convey the rage, or the frustration, in the exact way this word did.

Yes, its one of those words, one of those fucking words there are really no replacements for, certainly in certain circumstances and depending, of course, on its usage. Check your thesaurus; in many or most (probably all) there are no offerings. I’ve got Roget’s Super Thesaurus 4th Edition on my desk, and it’s not in there. It’s not even offered as a synonym under ‘intercourse’ (which casts doubt upon the book jacket’s “Amazingly Comprehensive” claim).

I don’t use it often, not as often as I should or feel like (more in dialogue than description), and it really has lost its shock appeal; you hear it often in movies and music.

It’s one of those words.

It’s one of those words there are no real replacements for, like ‘peace’ (and I realize the folks at Roget have listed a handful of options for this word but, when you think about it. there are no synonyms, not in the true sense of the word).

Now fuck is in the dictionary, noun and verb (Oxford here). ‘Sexual intercourse’, ‘mess about’, ‘fool around’, and, ah, there it is: ‘expressing anger’ (I knew it fit into what I was writing). It’s no longer listed as slang, as it once was, but it is listed as “A highly taboo word.”

Come on, fuck off: “highly taboo”?

It might have been taboo, at one time, like even before my Grandparents were procreating. Yes, there are times when the word just doesn’t seem appropriate (but they did, by my calculation at least four times), but these days most everybody uses the word, from politicians to sweet little Grade 3 students, and their mothers.

You hear it all the time; sometimes it is not well used, and other times it is placed properly. A lot of times it’s as common as ‘um’ or ‘uh’ or ‘like’, like, you know, like, like that (and I’m sure you do).

I’ve heard fuck described as the Swiss Army Knife of words: a word for all purposes (perhaps not all occasions). It’s so utilitarian, with many functions. It describes rage (fuck you) and joy or happiness (fuck yeah), sheer disappointment (oh fuck), sexuality and sensuality (depending on the accent), be it a mistake or a misfit (fuck up), and for a one-syllable word there are so many inflections which make it sound bigger.

It is a useful word, in the right circumstances, and it is a wholeheartedly purposeful word.

Fuck is a great curse word. It could, or can I suppose, be a hurtful word. But there are many and more hateful words in the vernacular that are publicly acceptable and are used far too often. I can think of words associated with any of the isms (racism, sexism, fascism, capitalism) that I find more offensive, and you can say those words on television and get away with it (it still doesn’t make it right).

It should probably be used more than it is, but it may never be. There are far too many stigmas, stereotypes and old wives tales that will continue to silence the word. Sadly. This world has made progress in so many ways. Times have changed: women can vote (at least on my continent), my gay friends can marry, and even prime time television images can graphically illustrate the actions involved when fucking (they just can’t show certain parts).

Still you can’t say fuck, not everywhere, not when you want to or need to. Not always.  It’s a bad word. Fuck.

But yesterday, despite my best efforts to find another, it was a good word.

It was the right word.

One reply on “No Other Word”

As a firm believer in the curative powers of the word in all it’s forms, I love this post. Thank you. 🙂