Daughters Of Someone Else
Posted on December 6, 2019 by j.g.lewisLeave a comment 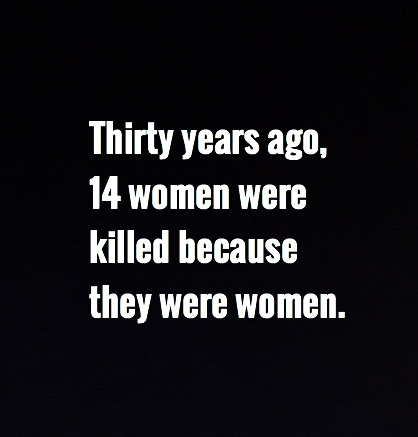 Thirty years ago, 14 women were killed because they were women.
Let me repeat that, in case you didn’t feel the impact:
Thirty years ago, 14 women were killed because they were women.
In Canada: in Montreal: thirty years ago, on this day.
December 6, 1989.
École Polytechnique. The Montreal Massacre.
It was more than a mass shooting.
I remember.
I remember watching with horror, as details spilled out from the television set throughout that evening. It was sickening.
I remember.
I remember thinking of my daughter, not quite three years old at the time.
I remember thinking these women were all daughters of someone else.
I remember my tears.
My daughter has grown up in the deep dark shadow of the Montreal Massacre She might not remember the actual event, but over the past three decades she has learned about what went on, and all that is wrong.
She knows the significance of this day.
The world changed that day.
It has not changed enough.
I will not take up space today to spit out my thoughts on gun control or public safety.
I will not criticize today, here, those who continue to exhibit such blatant disregard for my fellow human beings, or the hypocrisy and/or misogyny of those people, or politicians, or corporations who try to hide behind flimsy excuses and transparent policies of diversity and inclusion. Or those who do not do enough to enforce, enhance, and encourage respect in the workplace, our communities, or countries.
Today is not my day for that.
Today, in Canada, is National Day of Remembrance and Action on Violence Against Women. It is a day for remembering the event, yes, but more so remembering the vital lives of the women who were hunted down and killed by a single man.
I also will not, today or ever, utter the name of the killer. I will instead — as I do each year on the anniversary of this senseless tragedy — repeat the names of the 14 women whose lives were snuffed out by hatred, gender discrimination and attitudes which have prevailed in the years since.
Our daughters, sisters, mothers and lovers face these injustices each day, in a country that prides itself on a satisfying and sufficient way of life.
Violence against women is still here, it is systematic, and it is wrong.
We all know it.
The lives of those women killed, not their deaths, must remain an example. I dislike the popular term ‘Legacy of pain’, but I still feel it.
These names must not be forgotten:

December 6, 1989.
This is a sacred day.
Just as we pause on November 11, to pay respect for those who made the ultimate sacrifice defending our way of life in times of war, we must stop whatever we are doing later this day to pause and reflect on those whose lives were taken away, on this day. There must be silence.
These women did not volunteer or ask for this violence. They lived with it every day, as many do now. Sadly.
My heart goes out to the families, friends, partners, and loved ones who grieve for these significant women.
I grieve with you.

How We Now Listen
Posted on December 4, 2019 by j.g.lewisLeave a comment 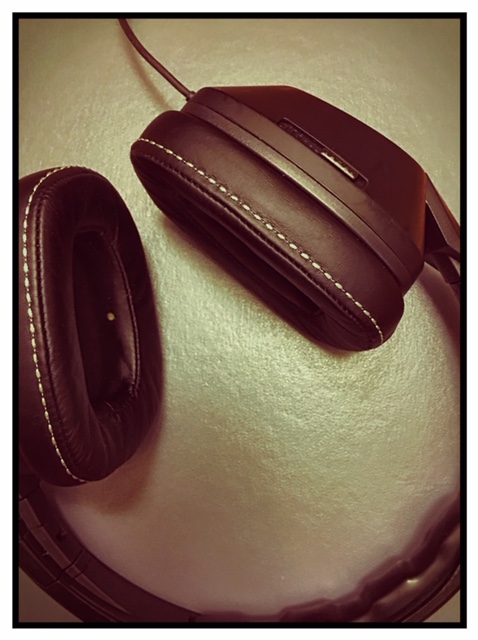 As effortless as it is to turn on your favorite music and tune out the world around you, and go anywhere, it’s hard to imagine life without the convenience of portable audio.
But 40 years ago, stereo-to-go was cumbersome, if not impossible. Until Sony introduced this nifty little device called the Walkman.
Life changed, music changed; certainly how we listened to it did. It became personal and portable; this cassette tape-propelled little brick that delivered quality sound through lightweight headphones at a volume you, only, could fully experience.
Yeah, just like we do now, with our mobile devices, but this was different. This personal listening experience was never before available until the Walkman.
Thinking of it now, I still find it amazing.
In the ‘60s, if you wanted music at the beach, you had to rely on the transistor radio. You accepted the music broadcast through a small monophonic speaker on whatever AM station you could tune into through a small monophonic speaker. Yes, you would sometimes get your favorite song. It was better than nothing, but it wasn’t anything like it could be.
Technology was primitive. It was limited.
The ‘70s brought the boom box, but let’s talk about cumbersome. Hauling around a suitcase-sized stereo proved, mostly, to be less fun that it was intended. And it became costly; all those big D cell batteries could eat up your allowance pretty quick.
So the Walkman – itself not cheap at $150 – gave you freedom. Four double AA batteries could get you anywhere, or take you anywhere. Cassette tapes (now a thing of the past) allowed you to record music from vinyl (one album per side on a 90-minute tape), and away you went; running, cycling, walking, or studying. It was like adding a soundtrack to your life.
Before that, it’s hard to imagine what commuters did on the bus or subway. Did they just talk?
While Sony streamlined the original Walkman (later adding the Discman when compact discs became available), the technology was quickly knocked off and became the thing to have. Prices dropped to the point where personal cassette players were almost free with gas, and everybody seemed to have one.
Headphones heighten the experience.
The Walkman changed how we consume music. The Walkman inspired how we now listen, either through headphones or with the ear buds popularized with the iPod.
In 40 years we’ve lived through a range of personal audio products to the point where we don’t think of it any longer as unique. It’s just something we do.
We listen. It probably even sounds better now than it did then.