Saying Goodbye To The Dead 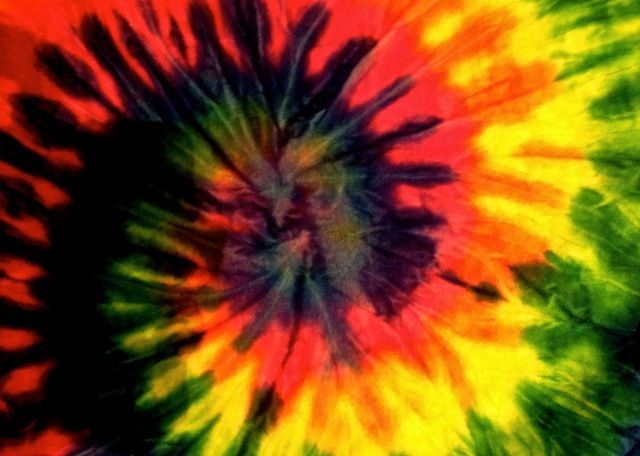 Fewer tears have been shed for greater reasons, but today, with still-reddened eyes and puffy cheeks, she is having trouble making it through the day.

Heavy rain outside the window, hunkered down in her call-centre workstation, she’s trying to keep a consistent tone in her voice. She did not sleep last night; she couldn’t. Memories will do that.

The late-night news announced the Grateful Dead’s final performances over two weekends. She wept, openly. There was nobody around to hear her pain, but it was authentic. The tears had a purpose; the most significant factor in her life was coming to an end. At some point she rose from her bed, put on one of the many bootleg cassettes from her collection, lit incense, sparked a joint and began going through her past.

Barely 16, she ran away from her rural Saskatchewan home and the cruelty of her father, a pastor, and the indentured servant he called his wife. Her Christian name was Charity, but she never knew generosity or benevolence. She could no longer obey the rules, early curfews, and watchful eyes of a judgmental town. Under the prairie moon, with the few hundred dollars she had managed to liberate from the collection plate, she followed a belief that life was better somewhere else.

The song said to go to San Francisco, and she hitchhiked across an unfamiliar nation to get there. It was the summer of love, and she had to see the generation with a new explanation. There she found real people, a family offering the acceptance she had never known. They were gentle people, as the song said, in a community where older women offered survival tips, and the older men gave you a place to sleep.

By age alone, Charity was a true flower child, spirited and naïve enough to follow any path offered to her.

She found work washing dishes, or took jobs handing out brochures to tourists. She discovered marijuana, and the music not allowed into her home. She was always dancing, a sin in the eyes of her parents and in the religion that guided them. Dancing was like prayer to her new religion, and the music was its scripture.

Last night, she listened to her music in the darkness, alternating between jubilant smiles and more tears. About 5 a.m. she went online and bought a ticket to the band’s final Soldier Field performance with the little credit remaining on her MasterCard. She’d have to negotiate time off work, but she had to be at the concert.

She has no idea how she’ll get there, but Charity Lowe will be in Chicago this Saturday, watching the Grateful Dead. She will bid farewell to the band and, more so, say goodbye to her past.

After returning from Woodstock, she fell into favour with the band. The softer, more countrified sounds appealed more to her laid-back nature than the psychedelic rock and roll that was taking over the airwaves. The Dead had an organic sound that fueled her soul. She danced at all their concerts, and was noticed. She was young and pretty; her wavy, waist-length, siren-red hair called attention to her.

The band and its followers shared common ideals, drugs, and the communal values that took her through the years. She became part of the revolution, protesting against racism, hatred, and the Vietnam War. She learned how to tie-dye, and to make jewelry and soap, and supported herself by selling her wares at concerts across the country. She embodied all the counter-culture was. That was her — wearing bell-bottoms, a smile, and little else — on the cover of the magazine under the headline THESE ARE THE HIPPIES. But she was more than that; she was a Deadhead, long before they even had a name.

It was all about peace and love; free love, she gave and took. Turned on and tuned in, she travelled with the band as part of the family. The Skull and Roses album cover artwork was tattooed across her back. Charity was committed.

When the tours ended, or money ran out, she’d temporarily settle where she landed, in the mid-west or further. She worked as a waitress or store clerk, anything to raise a enough money to find her way back home to Haight Ashbury.

She travelled further during the years The Dead stopped touring. There were winters in Thailand, one in Berlin, and summers working as a chambermaid or office receptionist. She did anything she could to make a buck, to exist and to survive.

She resumed touring with the band, when the band resumed touring, right through the 80s when Deadheads were more frat boys and brokers. She endured the laughter and wisecracks when she was called an old hippie. That was all a true hippie could be, she knew, and she wore the label as proudly as a peace symbol. She’d smile and sell over-priced tie-dyed T-shirts to the posers.

It was a long strange trip, and Charity took it longer than most. Over time, as the drugs became heavier, the life grew harder and the choices more difficult. She was passed over and passed on. Once at the vanguard of the sexual revolution, the love and sex she then took came with a price. It got hazy, some of the years a complete blur, and she hooked up with a second-rate drummer in a third-rate blues band. He seduced her with his poetry, and shared her with his friends. Her arms still speak of the time. The track marks have all but faded, but are still a reminder.

Somehow she ended up in a shitty Winnipeg hotel room. The drummer left her with half her luggage and no money. It was a wake-up call. She worked off the hotel bill as a beer maid, and ended up staying. She found a 12-step-program and attended meetings faithfully. Charity did not shrug off the messages the Bible provided, but she would never call herself a believer. She believed only in herself.

Eventually she settled into her own apartment, working a string of dead-end jobs and making the soaps and jewelry that had provided an income in the past. She still makes the stuff, setting up tables at Christmas craft sales and vendor markets on her days off. Her table at the Folk Festival is always popular, and in a few weeks she will again be flush with cash.

She’s been working the call-centre circuit for more than a decade, now with a bank with some benefits. This close to retirement, she has to think of the future. She is older and she knows it. Her thick hair now as grey as a storm cloud, the roses of her tattoo have faded, and the skeleton’s smile sags with her skin.

Like the skeleton, she also smiles less. When she is sad, when life seems to put up obstacles, all she has to do is think back to the early days of peace and love.

She can ill afford time away from work, and right now she can hardly find the cash for the trip, but will get there. She may even hitchhike. This week she’ll have to find extra time to make a couple of batches of soap, inventory for next month’s Folk Fest. The last run of her Lilac soap — distilling fresh flowers for a true scent — was completed Thursday and she was planning a few more batches with patchouli and nutmeg this week. Patch was always a big seller at the folk fest. So are her T-shirts. She’d just about run her credit card to the max buying supplies.

She has to make it to Chicago. It’s not an opportune time for her, and, like a funeral, on short notice. She will be there.

She’s only seen the band play once since this city became home. Travelling back to California after Jerry’s death, she had to see how they had changed. It was still The Dead (one member does not a band make) and she had the chance to touch base with her kind. She even ran into Phil, and he remembered her . . . or he said he did. What was important is that she remembered.

It’s not about where you are, or how you are living. It’s about surviving. Sure, you make mistakes. You’ll continue to make them, and they become a part of you. The most important thing is to know who you are, remember how you were, and allow in the memories that are good.

Charity has never returned to her birthplace, and never again spoke with her parents, now long gone. There are some amends too drastic to be realized, and they are the past she does not wish to remember.

Time with the band will soon be nothing but a memory. Her last vestige of the hippie movement, the concert is symbolic of a part of her life coming to an end. Once a lost soul, she took the message the hippie movement offered and lived it wholly. Make love, not war; it’s still a better option, despite how fucked up that love can get.

Next Saturday is her final chance to say goodbye to The Dead, and for that she is grateful.