Mondays are not young Fridays 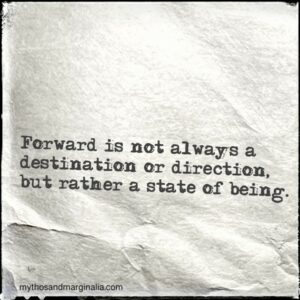 Where you are is not where you will always be, physically, spiritually, emotionally and fundamentally.
Even your location will change, even if you stay in the same place (few of us do). Forward is not always a destination or direction, but rather a state of being.
Where will you go today? 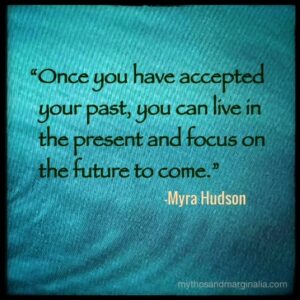 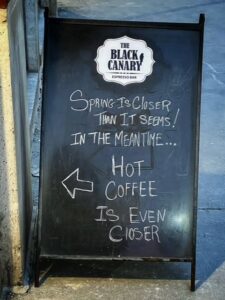 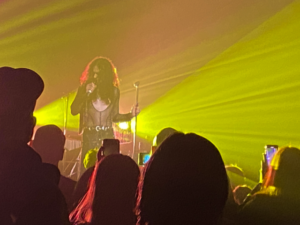 Last week was Canadian Music Week, an industry conference and music festival. After taking in several shows I got to see a sampling of the diversity and strength of this country’s music scene.

Tuesday’s performance by Crown Lands showed the range of possibilities a duo can create, from the seismic sonic guitar soundscapes, tender acoustic moments, and one of the most identifiable voices to come along in years. I’m looking forward to hearing much more from Cody Bowles (whose drumming is as precise and powerful as his voice) and guitarist, multi-instrumentalist Kevin Comeau.

I was, literally, amazed.

Saturday night, at the newly renovated El Mocambo, I had the absolute pleasure of hearing The Bros. Landreth from Winnipeg. The trio offered up a bluesy, soulfully rootsy mix with some of the sweetest three-part harmonies I have heard in a long time. The thick and thoughtful guitar work of Joey Landreth provides a big beautiful sound while his brother Dave holds down the bottom end with a rhythm style that allows Joey to do what he does. Bolstering the sound, and fleshing out the harmonies, was Roman Clarke

In the early ‘70s, Winnipeg’s The Guess Who developed a sound that was often referred to as “Wheatfield Soul”. The Bros. Landreth is the first Manitoba band to come around in decades that are worthy of the same label.

Crowds at both venues were both appreciative and jubilant, celebrating not only Canadian Music, but also the fact we can once again get out and see it live.

It has been an awful long time. 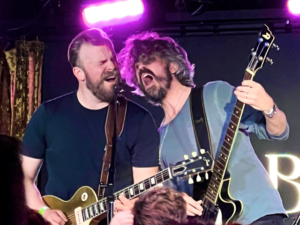