Changes With Age
Posted on September 27, 2017 by j.g.lewisLeave a comment 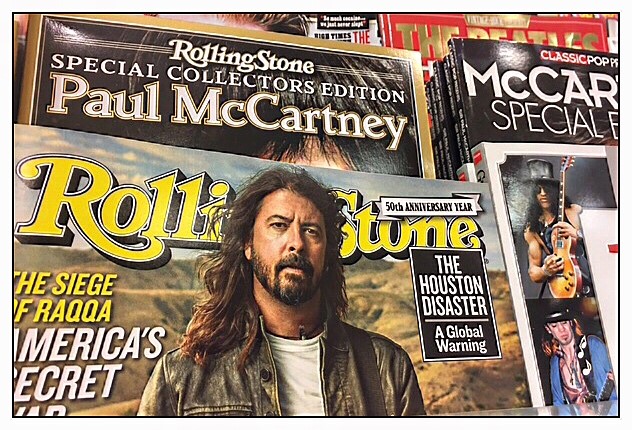 As a kid living on the Canadian prairies, Rolling Stone was my bible.

I started reading the magazine — then a newsprint tabloid without staples — when I was 12 years old. Through the years, through the magazine, I learned about culture, counterculture and pop culture, politics, protest, human rights, intellectual debate and, of course, music.

Music was my initial interest in the then-monthly tabloid, but the rag was about so much more. Rolling Stone spoke of real life beyond my sleepy city.

As I grew up, so too did the magazine. The format and size changed, the newsprint became a higher quality stock (stapled) and then it became glossy. As it evolved, the magazine remained under the stewardship of Jann Wenner, who launched the project as a 21-year-old college dropout 50 years ago.

Rolling Stone was the voice of the generation, and through the years the work of Tom Wolfe, Hunter S. Thompson, P.J. O’Rourke and Annie Leibovitz (among so many others) graced the pages. This was the journalism that inspired me to enter the newspaper world.

Last week Wenner announced he was selling his controlling interest in the magazine. A sad day really, but sadly just a sign of the times.

We have all heard, and continue hearing, about the demise of traditional media in this digital age. Newspapers have, for years, been downsizing or dropping off the face of the planet. Magazines are fighting both decreased circulation and advertising revenue.

To remain in the game, family-owned Wenner Media has been ridding itself of its other publications (US Weekly and Men’s Journal) in past years. Last year it sold 49 percent of Rolling Stone to a Japanese music technology company. The once-independent publisher is independent no more.

Now I can romanticize about how much the magazine once meant to me (10 years ago I purchased a CD boxed set containing every issue of its first four decades), but truth be told, I cannot remember the last time I actually purchased a copy off the newsstand. It might have been the issue with Barack Obama’s exit interview (written by Wenner), but chances are I read that story online. I read a lot of Rolling Stone content online, it’s always good, and now always free.

I used to subscribe. Then I just picked up issues when something on the cover moved me. Then some of the artists on the cover, or the stories, stopped speaking to me. At one time I used to base most of my music choices on the publication’s album reviews. That, then, was how we heard about new music. Now when an album is released you can actually listen to some (or all) of the album online before you decide to buy or download.

Times they are a changing, with both music and magazines.

I will still read Rolling Stone articles as they drop into my newsfeed, and this may continue after Rolling Stone is sold. Wenner and his son Gus, the magazine CEO, indicate they wish to stay on after the enterprise is sold, but in this age of corporate control, that’s not how it often works out.

I’ll be less likely to read Rolling Stone material knowing Wenner is not as involved, or as committed, as he once was. It was his vision that guided the magazine, and I liked his view. When he is no longer making those decisions, the Rolling Stone brand will no longer speak, to me, with the same voice.

Maybe this is stating what has already happened. For Rolling Stone, like anything else, is no longer what it was.

Inconsequential Or Not
Posted on September 26, 2017 by j.g.lewisLeave a comment 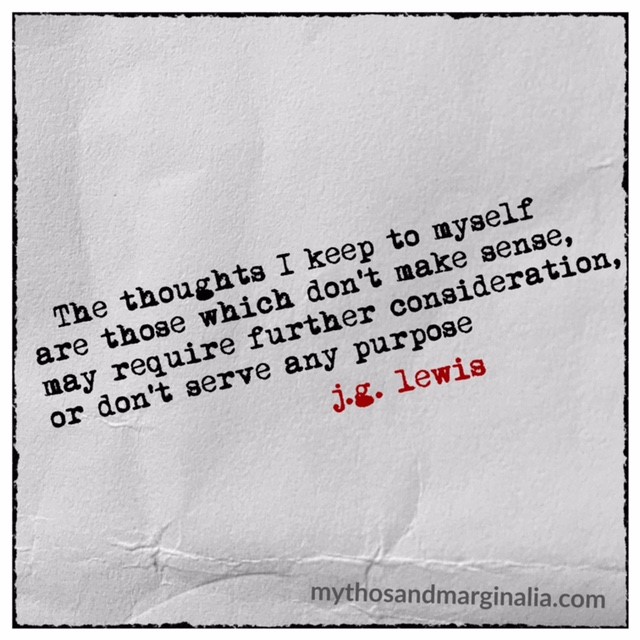 While contemplating, meditating, or musing on topics apparent, yet unexplored, we get caught up in uncertain possibilities or unsolved equations. There are not always solutions, or answers.
At times we may share the current conundrum, in hopes that some other perspective may soothe the mind or ease the time.
The thoughts I keep to myself are those which don’t make sense, may require further consideration, or don’t serve any purpose.
The difficulty is the thoughts, inconsequential or not, do, perhaps, have consequences.
What are you thinking about, or are you thinking at all?
09/26/2017 j.g.l.


Mondays are just young Fridays
Posted on September 25, 2017 by j.g.lewisLeave a comment 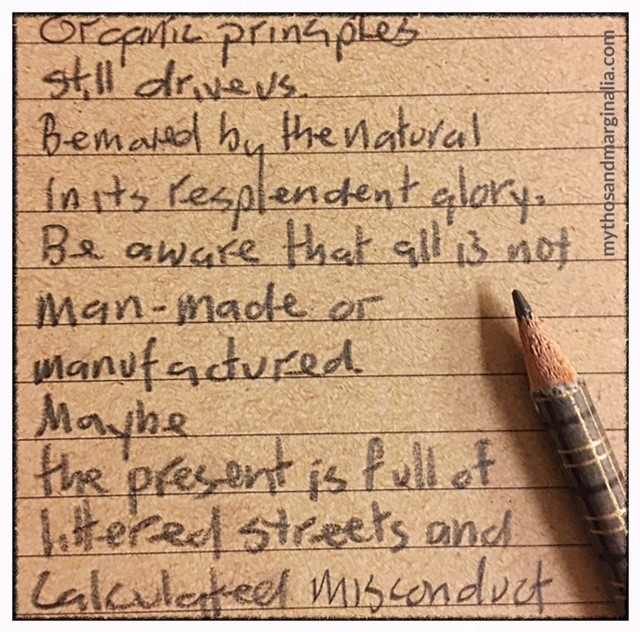 Vertical city, survival within
glass and concrete, entrapped
by a population breathing
negative vibes soaked
with animosity and
indifference.
If everything were Neon,
we would dwell among the
effervescent crackle of
mechanical dreams gone awry,
unacceptable flaws and
faulty circuits broadcasting
an unreal reality of
untoward circumstances,
our emotions brimming
with sacrificial synthesia.
Unnatural. Unmoved.
We are not.
It is not.
For this life, day by day,
is more attuned to
the ever-changing colours
of nature, the acoustics of
soul, and the distant breeze
of forests slicing through
the carbon-dioxide of the
slow-creeping freeways.
Organic principles
still drive us.
Be moved by the natural
in its resplendent glory.
Be aware that all is not
made-made or
manufactured.
Maybe
the present is full of
littered streets and
calculated misconduct, but
it does not have to be.
Let down your guard.
Open your mind.
Give in to the outside.
09/25/2017                                j.g.l.